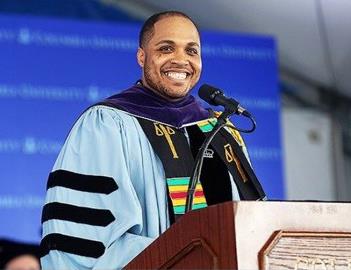 Romane Paul was born in Newark, New Jersey. He was raised in Union County before receiving a scholarship to attend the Church Farm School in Pennsylvania where he graduated as valedictorian. After graduating high school, Romane attended Swarthmore College where he received his Bachelor's of Arts in Political Science and Education.

Between college and law school, Romane has taught middle and high school students in New York City through the Teach For America program, while also concurrently earning his Master's in Education from Hunter College. He has also worked as an academic adviser for the Rutgers Future Scholar program, for the Union County Board of Chosen Freeholders as a legislative aide, and for the New Jersey State Legislature.

Most recently, Romane graduated from Columbia Law School in May where he earned his Juris Doctorate. While at Columbia, he worked as a Student Assistant District Attorney with the Queen's DA's office, an educational consultant for the New York City Department of Education, and as a legal intern with the Attorney General's office. In the fall, he will be working as an associate at a law firm.