Thomas Jefferson Arts Academy students Haley Correia and Juan Garcia were bestowed an Honorable Mention recognition for their work as playwrights in The Theater Project’s 15th Annual Young Playwrights Competition. Both students received the award for the quality of their work as well as a vote of confidence in their future growth. The purpose of The Theater Project’s playwriting competition is to encourage New Jersey high school students to write and also advance their interest in theater. The Theater Project provided free tutorials for any interested entrant in the competition, including a half hour script consultation with one of the adult playwrights and directors from the Theater Project. Correia and Garcia will both be honored at an awards ceremony on March 18 at the Cranford Community Center in Cranford, New Jersey. 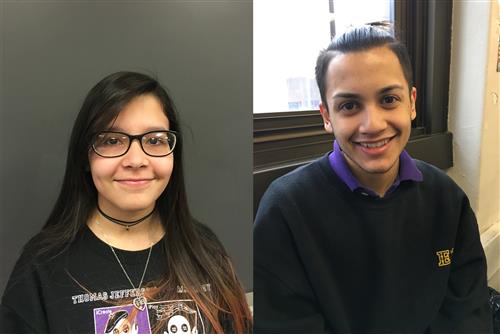