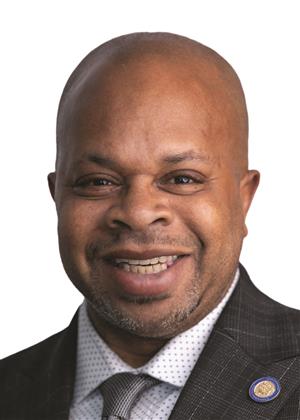 The forum, hosted by New Jersey Assemblywoman Annette Quijano who sponsored the recent amendment of the Amistad law, was an informational session about the importance of the Amistad law signed into place by Governor Phil Murphy on January 7 that made New Jersey the first state in the nation to mandate Black history in education. The discussion covered the extent of the new law, including its future impact on students and teachers throughout the state.

The Amistad bill (A1301), which became law in 2002 under legislation sponsored by Assemblymen Payne and Craig A. Stanley, called on New Jersey schools to incorporate African-American history into their social studies curriculum in recognition of the integral part African-Americans have played at every turn in United States history. This legislation also created the Amistad Commission, a 23-member body charged with ensuring that African American history, contributions, and experiences are adequately taught in the state’s classrooms.

In 2020, a new bill (S1028) amending the law related to the Amistad Commission and the Amistad curriculum, was sponsored by senators Teresa Ruiz, Shirley K. Turner, and Troy Singleton and Assemblywomen Quijano, Angela V. McKnight, and Britnee N. Timberlake. Governor Murphy signed bill S1028 into law on January 7, which allocates Amistad Commission in but not of the Department of Education, requires the Amistad Commission to elect a chairperson and appoint an executive director, and requires public schools to include instruction on accomplishments and contributions of African Americans to American society.

The newly adopted law requires all school districts to include instruction in the curriculum of all elementary and secondary school students that infuses into all courses on the United States, the centuries of accomplishments by African Americans in the building and development of America including, but not limited to, the areas of industry, military, government, and the professions; local communities; math, science, medicine, and space; architecture and the arts; social institutions and culture; and other aspects of life in America.

Elizabeth Public Schools has been one of the leaders in advancing black history instruction into its curriculum, having established a collaboration between members of the community and the district in developing a curriculum of inclusion that embraces the spirit of the Amistad mandate.

“I want to talk about the people who came before me who were involved in our city and were involved in getting the Amistad Commission and one of those people is Charles Harris,” said Board President Jacobs. “Charles Harris was a resident of Elizabeth. He definitely was very instrumental in trying to get the curriculum of inclusion included in the Elizabeth curriculum and he did much work in trying to make that happen.”

“Also, I want to bring it forward to my colleagues, (Elizabeth Board of Education members) Stanley Neron and Charlene Bathelus, who had started before me and were very active in trying to get the Amistad mandate included in our curriculum. I’m the newcomer, but we finally were able to make some progress. We’re working with the community, with the (Elizabeth Amistad) Collaborative and the forum they had in November 2019, and I’m happy to say that we’ve had tremendous success over this past year in being able to implement the Amistad Commission into our curriculum.”

Additionally, the instruction is meant to emphasize the personal responsibility of each citizen to fight racism and hatred whenever and wherever it happens and to uphold the national ideals of freedom and justice for all.

“Meaningful representation of various cultures, including Black History, will certainly help create stronger engagement in classroom instruction as well as greater empathy and understanding among students of different heritages,” said Hugelmeyer. “I applaud Board President Jacobs for participating in this very important forum and also would like to thank Dr. Davida Lindsay-Harewood, a truly wonderful educator, for her role in assessing and providing recommendations designed to increase achievement of Amistad-related initiatives within our schools. Her knowledge and insight have been invaluable to the development and enhancement of our curriculum of inclusion.”